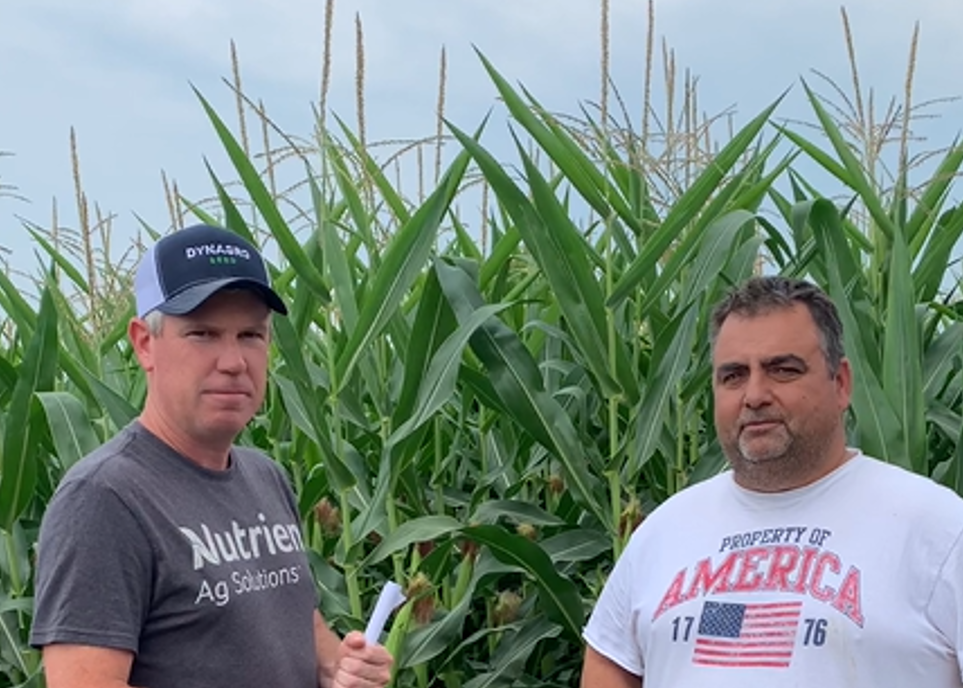 Grower Wade Hoffman of Dassel, Minnesota has used Titan XC on his dry fertilizer for the last eight years. One of the reasons he keeps coming back to Titan XC is because it helps him make better use of the nutrients in his dry fertilizer, which he typically applies in the fall.

"It gives me more use of the fertilizer and a little more even emergence," says Wade. "It seems like the crops really take the fertilizer up better. We've used it for over eight years now, and it's just real consistent."

END_OF_DOCUMENT_TOKEN_TO_BE_REPLACED 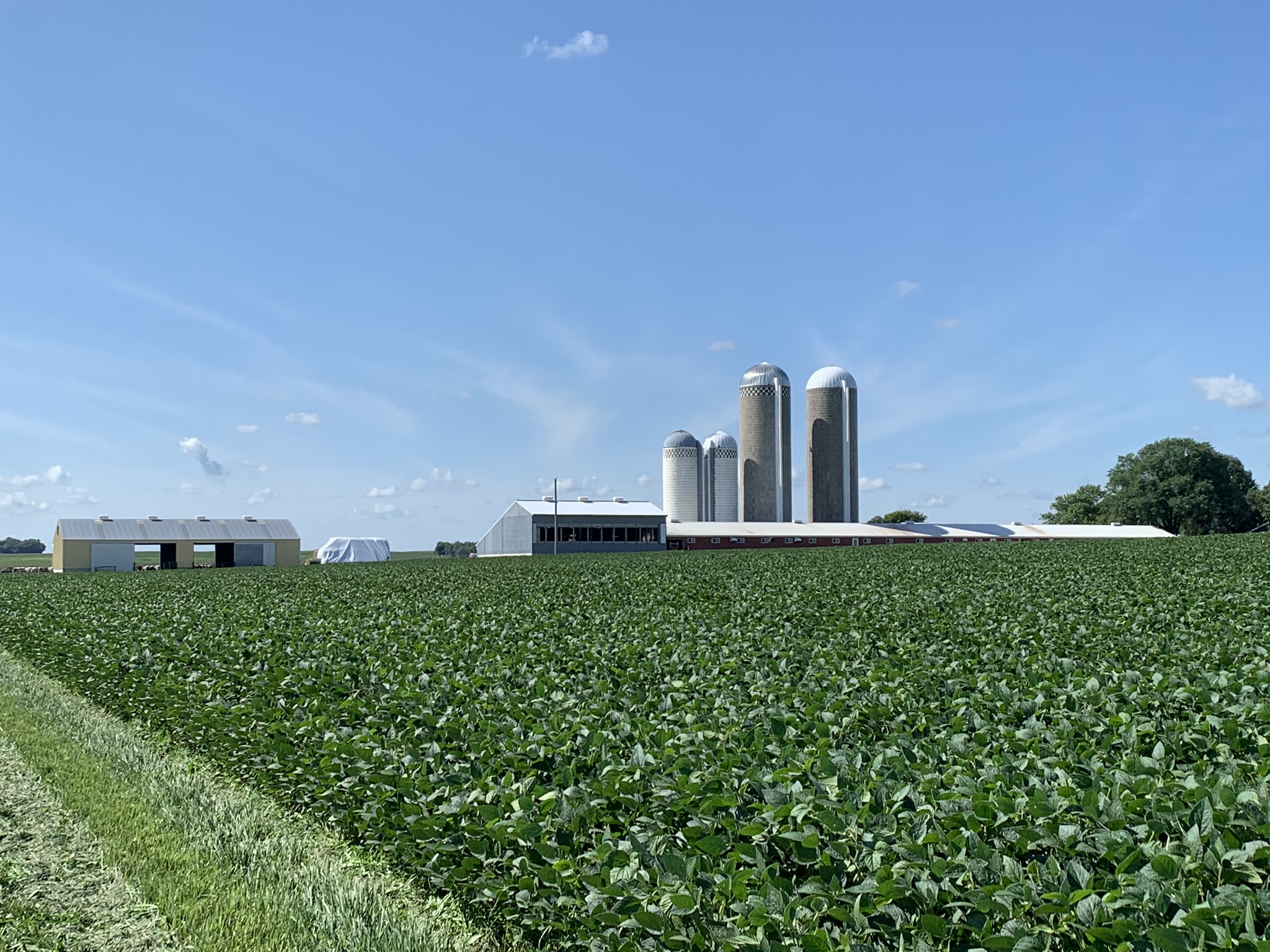 Fifth-generation farmer, Dave Kolb, of Kolb Farms near Paynesville, Minnesota, is one of 11 children who grew up working on a dairy farm with his siblings and parents. The Kolbs have been in this area since their ancestors arrived to homestead in 1861.

Today, Dave farms and dairies with three of his brothers and his mother. They employ a corn, oat, alfalfa and wheat rotation to produce forage and grain for the 500 cows that they milk. They also raise their own replacement heifers. It is a very busy operation, but Dave and his family members have seen their hard work pay off, including as entrants in the National Corn Growers Association (NCGA) Corn Yield Contest.

END_OF_DOCUMENT_TOKEN_TO_BE_REPLACED

Whether growers spread dry fertilizer in the fall or spring, Titan XC can help ensure that more of their applied nutrients are used by the crop to maximize yield potential.

In this Minnesota field trial, treating the grower's fall-applied dry fertilizer blend (13-60-70-20S) with Titan XC at 1 pint/ton led to an 11.22 bushel/acre corn yield increase compared to no treatment.

END_OF_DOCUMENT_TOKEN_TO_BE_REPLACED

Titan XC Brings Out the Best in Alfalfa Field

After viewing this alfalfa field image, the grower, who is a dairyman, went to visit his local Nutrien Ag Solutions branch in Dassell, Minnesota with an important question: "What's wrong with the top half of the field?"

END_OF_DOCUMENT_TOKEN_TO_BE_REPLACED 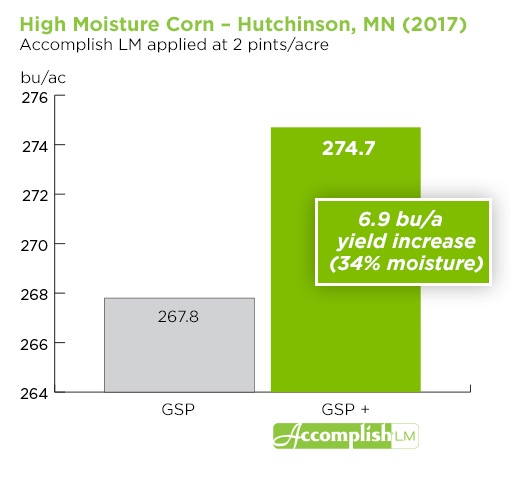 The results from this Accomplish LM trial in high-moisture corn are in. Using Accomplish LM with the grower's standard fertility program (GSP) led to a 6.9 bu/a yield advantage (dry weight) compared to the GSP alone. The trial, which was conducted in Hutchinson, Minnesota, used Accomplish LM at a rate of 2 pints per acre. Accomplish LM was applied at planting, and UAN 28% (8 gal/a) was then dribbled on top of the row behind the closing wheels with the planter. Twelve Accomplish LM-treated rows were compared to 12 rows that received UAN 28% without Accomplish LM. The corn was harvested at 34% moisture.

END_OF_DOCUMENT_TOKEN_TO_BE_REPLACED 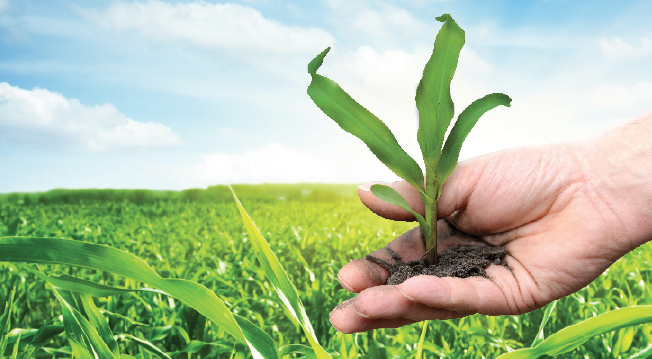 Growers use starter fertilizers to try to get plant nutrients in the right place at the right time for early plant growth. By applying small quantities of nutrients close to the seed in starter programs, growers can usually get their crops off to a good start—an advantage they can often maintain during the growing season. However, as with any fertilizer program, making sure that applied nutrients in a starter program are in a plant-available form right when the crop needs them most can be a challenge. How can growers improve the efficiency of their starter programs and realize the payoff of higher yields in the process?

END_OF_DOCUMENT_TOKEN_TO_BE_REPLACED 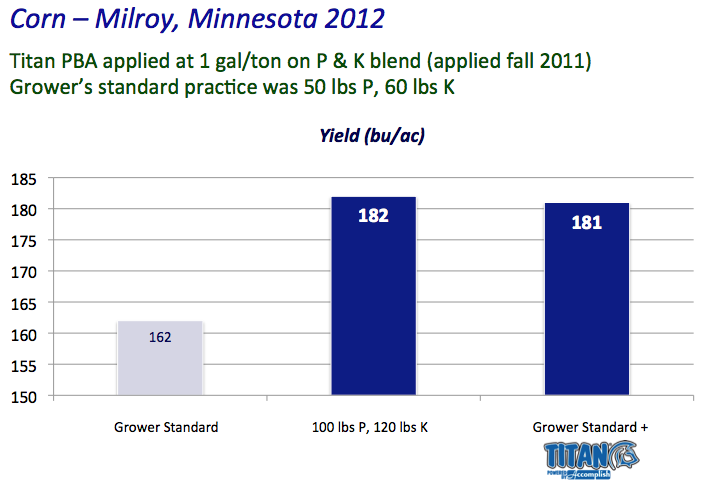 Across most of the corn production area, 2014 has the potential be a banner year for yield. Given that higher average yields increase supply, economics dictate that prices will be somewhat lower without an accompanying increase in demand. This poses a dilemma for growers as they plan for next year’s crop.

END_OF_DOCUMENT_TOKEN_TO_BE_REPLACED

Guest Blog: What to Expect When Banding Nutrients with Corn Seed 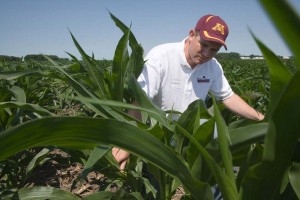 In areas where spring is cool and wet, banding fertilizer with the planter can benefit corn crops. Although application of dry fertilizer with the corn planter has played an important role historically, it has become less common with increasing acreages and planter sizes. Instead, liquid fertilizers have steadily replaced dry for supplying nutrients to the corn plant early in the growing season.

The primary benefit of applying low rates of fertilizer directly on the corn seed is more rapid growth early in the growing season. Increased early growth can be viewed as an insurance policy, ensuring that plants reach critical periods of growth faster. Low rates of phosphorus can significantly increase the amount of growth, even in fields where soil phosphorous test levels are high. Our research in Minnesota has demonstrated that as little at 10 lbs P2O5 applied with the planter can produce sizeable increases in plant mass early in the growing season. This increase has been shown to speed development and decrease the time to silking by one to two days.

END_OF_DOCUMENT_TOKEN_TO_BE_REPLACED

What Are You Missing by Not Using a Fertilizer Additive?