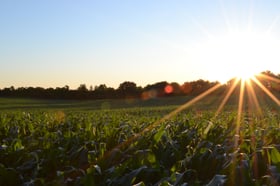 David and Nicole Hults are second-generation Idaho farmers. David’s parents, Joseph and Kay, first moved to Idaho in 1971, farming just 160 acres with a Massey Ferguson Tractor and an 8’ disk. The family’s acres, equipment and practices have grown and changed significantly since then.

Today, in partnership with David’s parents, David and Nicole grow corn, alfalfa and potatoes on about 5,000 acres of land. The family also has a number of NCGA Corn Yield Contest wins under their belt—in part because of their willingness to test and adopt new approaches to maximizing production.

David always fertilizes with a 300 bushel per acre corn yield goal, and his personal best is 307 bushels per acre.

Some of his current practices include spreading dairy manure at 10-20 tons per acre, depending on his soil’s nutrient analysis. Additional nitrogen is applied as liquid UAN through the center pivot as needed. The soils are tested every year, and the fields are rotated on the same schedule. 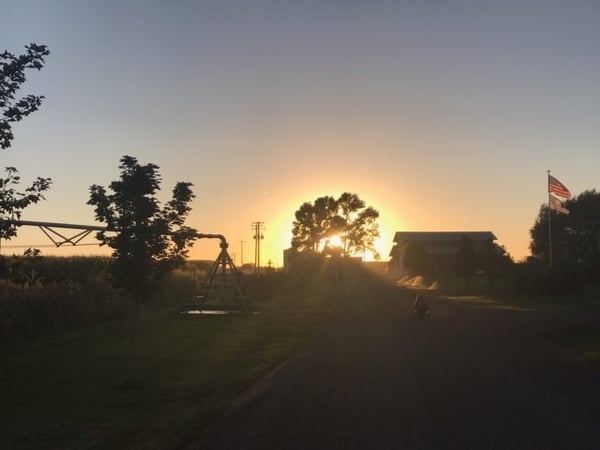 After adding Accomplish LM at 2 liters per acre to their starter program, the Hults family noticed faster, more even corn germination. Plants also kept growing at a faster rate with a darker, greener color—followed by increased yields and grain test weight at the end of the season compared to their corn crops grown without Accomplish LM.

Each of the Hults is competing again with entries for the 2018 season and with Accomplish LM as part of their program. We hope to see their name among the winners!