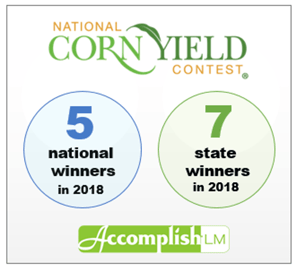 It's starting to matter not just what producers grow, but also how they grow it. Biocatalyst technologies play a role by making fertilizer applications more efficient and more cost effective, while also helping growers achieve their best yields.

As this season's harvest comes in, we wish the best of luck to all of the growers who are competing in the 2019 corn yield contest.

(UPDATE: Learn about some of the 2019 corn yield contest winners who used biocatalyst technology.)