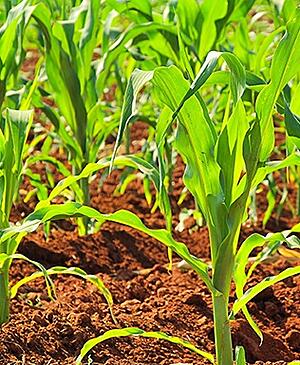 Some growers have tried to address this issue by applying additional nitrogen to the soil to lower the C:N ratio, minimize microbial competition for plant nitrogen, and improve corn yield.

In 2010 and 2011, agronomists from Pioneer conducted field studies on corn at five locations in Iowa to investigate whether adding an additional ~40 lbs nitrogen/acre above the grower’s standard fertility rate would reduce microbial competition for nitrogen, improve cornstalk nitrate-nitrogen levels, and increase yield.

The grower’s standard nitrogen rate was 200 lbs N/acre. Additional nitrogen (above the standard rate) was supplied using four different nitrogen-containing fertilizers. Accomplish® LM, a biochemical product that does not include nitrogen, was also included in this study, and was compared to the additional nitrogen sources. The six treatments in the studies were:

Treatments were applied in late March of both years. In 2010, soil nitrate testing was performed in late spring and stalk nitrate evaluations were made from each treatment strip in late fall. In 2011, soil phosphate (P) availability was determined, rather than nitrate.

When soil nitrate levels were averaged across the five Iowa locations in 2010, Accomplish LM treatment was associated with the highest soil nitrate levels (20.6 ppm), indicating that more of the applied N from the grower’s standard treatment was available in the soil with Accomplish—and no additional nitrogen—compared to the other treatments where additional nitrogen was applied on top of the standard fertility rate (Fig. 1).

At the end of the 2010 season, stalk nitrate was lowest in Accomplish LM-treated plants (Fig. 1), but the average yield was highest with this treatment (Fig. 2), results that were repeated in the 2011 growing season (Fig. 2). These results indicate that more of the applied nitrogen was taken up by the crop and utilized for grain production with Accomplish LM, rather than remaining in the stalks. 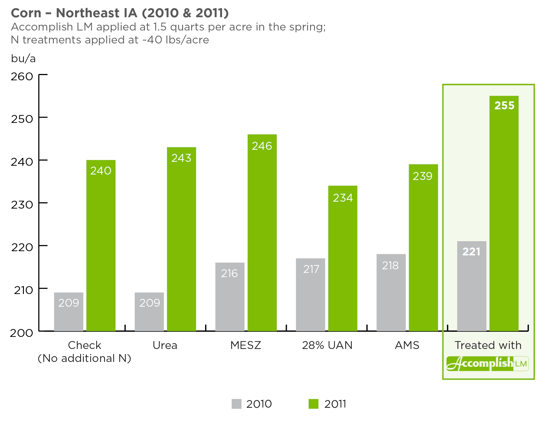 Figure 2. The average corn yields in the two years of the trial were highest with Accomplish LM vs additional N application.

Phosphorus analysis of the soil at five locations in 2011 indicated that, on average, more P was available to plants in the Accomplish LM-treated plots compared to the plants grown in plots with the other treatments, including those with additional N and P applications (Fig. 3). This P increase was observed with two extraction methods: Bray P1 (analyzes for readily available P) and Bray P2 (analyzes for P that is in a plant-available form, but more difficult for the plant to take up from the soil). Thus, Accomplish LM was shown to be more efficient in keeping P available to the crop.

Based on two years of field studies conducted at several locations in Iowa, Pioneer agronomists demonstrated that Accomplish LM, when combined with a grower’s standard fertility program, can increase both soil N and P availability for corn and increase crop yields.