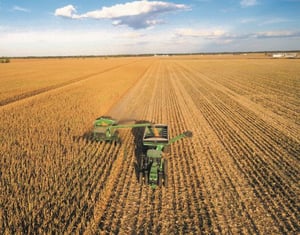 Tim and his group then monitored the growth and development of the corn throughout the growing season, and harvested at the end of the year.

"When we ran the plot combine, what we saw was an 18 bushel per acre yield increase where Titan XC had been used on the dry fertilizer versus where we had not used the Titan XC," he says.

The team carried the trial forward into 2016, planting soybeans where the corn had been the previous season. However, they did not add any additional dry fertilizer at that time.

"At the end of the season when we harvested the beans...the soybeans actually yielded 5 bushels per acre better where we had used Titan the prior year versus where we had not used Titan on the dry fertilizer," Tim says.

Tim notes that this trial illustrates a few very important things. First, it shows that Titan XC improves the solubility of the dry fertilizer prill at the time that the initial application is made. It also shows that Titan XC is helping to make applied nutrients available over the long haul.

"Not only did it make those nutrients more available on the soil exchange site and in the soil solution in 2015 when corn was in the field, but it continued to offer good availability of those nutrients to the soybean crop in the subsequent year," he says.

Tim adds that his group also observed an additional benefit.

"At the end of 2016 after soybean harvest, we went out and did an intensive soil sampling of the trial area. What we saw is that the P and K soil test levels were actually higher where we had used Titan XC the prior spring," he says. "So not only did we harvest 18 more bushels of corn and 5 more bushels of soybean where we used the Titan XC, but we actually saw soil test levels climb in that same environment versus where we had used the fertilizer without Titan XC."

Watch this video to hear Tim discuss the trial in his own words. 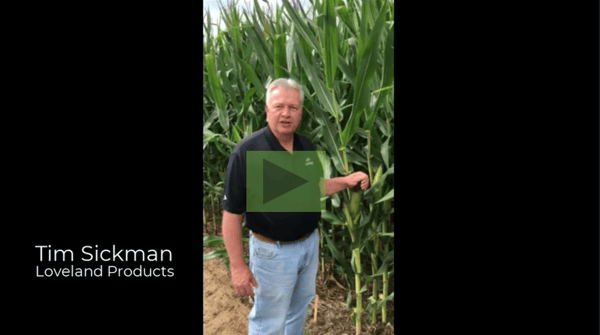 You can learn more about Titan XC by watching our Titan XC video playlist or by downloading the Titan XC Drives booklet.