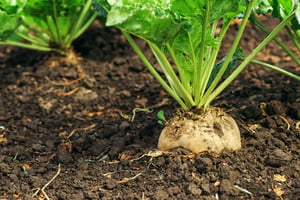 The sugar beets (variety C-G675) had been planted in early April in loamy soil. The previous crop had been corn, which was plowed. After freezing temperatures early and a dry spring, there was good weather for the remainder of the growing season. Harvest was in late September.

Learn more about Maritime by downloading the Maritime booklet.