Accomplish LM, a biochemical fertilizer catalyst unique to CPS/Loveland Products, can be used in fall residue applications to speed residue breakdown and extract the nutrients that are locked in stover. The benefits of putting Accomplish LM to work in a fall residue program are shown in a corn-on-corn (Wyffels Hybrids 8681) split field trial from Jacksonville, IL, conducted during 2011-2012.

Late in October in 2011, Accomplish LM was applied at 2 quarts with 2 gallons of 28% UAN and 8 gallons of water to half of the field; the other half was left untreated.  In the first week of November, the entire field was worked with a disk/field cultivator combo-type tillage tool.  There was an additional tillage pass in the spring prior to planting, and the grower's standard was applied to both sides of the field at planting in the spring.

In late January, residue was randomly picked from the treated and untreated parts of the field. As you can see, stalk breakdown was accelerated in the Accomplish-LM treated residue (Fig. 1). 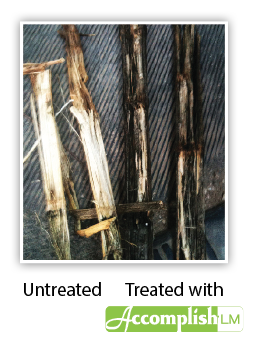 During the growing season, a larger, more developed root system is seen (Fig. 2, shown at V3 & Fig. 3), along with improved plant growth (Fig. 3) and larger ears (Fig. 4) in the treated part of the field. 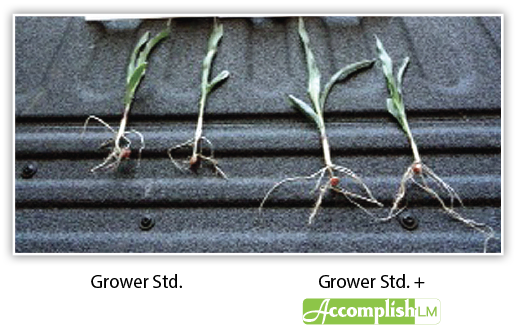 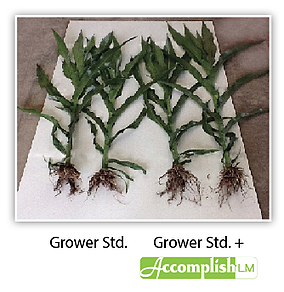 Figure 3. Corn plants from the untreated (left) vs. Accomplish LM-treated (right) parts of the field. 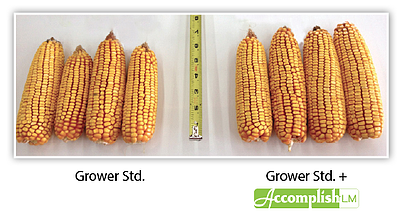 Figure 4. Ears from the untreated (left) vs. Accomplish LM-treated (right) part of the field. 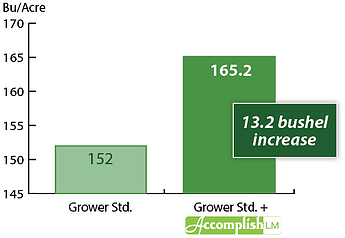 Figure 5. At harvest, the Accomplish LM-treated strip had higher yields than the untreated part of the field.

Put your continuous corn acres to work with Accomplish LM!